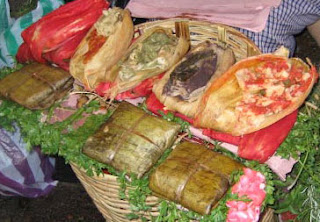 So I’m too busy these days to make tamales, I must confess I’ve never made tamales in my life.  I remember helping make tamales by smearing the masa to the corn husk with a spoon, it takes practice as if you almost have to develop a skill on how to do it right, not too fat, just thin enough to be able to hold all the juices of the meat, but that’s as far as my tamal making skills go.  So instead of making tamales, I decided to look for the perfect tasty tamal in the area sticking to the southern part of the city.  I found 7 places in total, two of them were already closed forever (yeah, gone out of business for not making the right tamales, that’s right!) and the other 5, I decided to explore.   By the way, during my quest I decided to avoid the usual tex-mex tamales makers in the area (pretty popular on the search engines with all the comment reviews in English) and are the only ones who have web pages, but I’ve tasted these tamales before and even though they are pretty good as tex-mex, they  don’t fit in the “authentic Mexican food” category.   Out of the 5 places, 2 were grocery stores who sell tamales in their kitchen section.  I shall say, both places had really greasy tamales, so down to 3:  Alma’s Tamales, Texas Tamale Factory (ok, this is te- mex but I gave it a try), and Tamales Doña Tere.
So who has the best tamales in the South part of Houston of these 3?  Well, Texas tamales Factory has a good variety of tamales, they are thin, but again, the masa has no simplicity in its taste and no softness which in turn overpowers the taste of the pork, one can actually taste the paprika or the chili (not sure what’s there); as far as the salsa, well, it also taste like chili, but hey, if that’s what people like, I respect that.  Is it moist enough?  Yes, but not to the consistency of Cata’s tamales, it doesn’t bend in your hands. What about Alma’s tamales?  I’d say they taste about the same as Texas tamales factory, I actually tasted their bean tamales with white cheese and let me say this which sums it all up:  if you can actually taste the beans from a can, that says a lot about a tamal.  Last but not least, Tamales Doña Tere has the most flavorful tamales in my humble opinion.  Just taste the masa and you will see what I mean when I’m talking about actually savoring the flavor of the masa at its most simple state, not so salty, not many spices, just good enough to compliment the filling.  Also, the pork filling is pretty good, you can actually taste real authentic chile ancho sauce along with all the other chiles.  The only downside to these flavorful tamales:  they are way too thick, the masa is actually harder than the previous two places, and the filling of the tamal is a little dry and not enough for the size of the tamal.   So even though the moistness is compromised by the thickness of the tamal, I think it is still the best choice.  Also, if you are going to order a dozen of tamales from this place, well, it is quite expensive.  Each tamal costs about $1.39 and the same price per tamal is kept even if you order a dozen, so this is a thumbs down for me when ordering in big quantities, the other places offer much competitive prices for a dozen.
In conclusion, I didn’t find the perfect tamal, but then what was I expecting?  You can’t have perfection in food but in its place of origin, that’s just how it works.  No matter how far the flavor is modified to accommodate the local culture, like in Texas, a tamal is a tamal due to its concept and it might taste better to the locals then tasting a tamal in Mexico because they already got used to the modified flavor.  Then the quest for the perfect tamal fails or not, it depends on the person and the taste.
On my way back to the house, I decided to ask around at a big local grocery store that made the best tamales in the area, none of the names above came up.  One person told me “Amelia” made the best tamales to order, another lady said she made good tamales herself, and another person told me to go to one of the cooks in the store, everybody ordered tamales from her.  Ok, so maybe I can find a replica of Cata’s tamales in one of these ladies.  Who knows, maybe I did find the lady who makes the perfect tamales!
at December 04, 2010 1 comment:

Southern Part of the Cascade Loop Part 2 – Leavenworth, Deceptive Falls, Index, and our Close Encounter with a Black Bear and Big Foot!

After visiting Wenatchee and its surroundings, we headed towards Leavenworth, WA.  If you haven't had the chance, read Exploring The S... 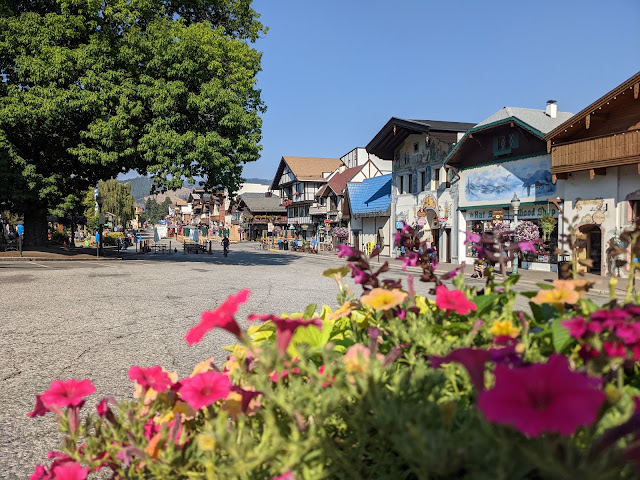