Exploring the Southern Part of the Cascade Loop- Wenatchee, Cashmere, and Leavenworth

The kids are about to start school next week, and to end the summer with a nice adventure, we decided to travel to a place where we can enjoy the outdoors away from COVID-19, and that is not unbearably hot. The destination was the Cascade Loop at Washington State, a route that covers a diverse range of mountains and scenery. Since we only had 2 weeks, we decided to only explore a few parts of the southern part of The Cascade Loop, and we also decided to rent two cottages along the route to use as our base in order to explore the east and the west ends.

On the first day of our trip, we flew from Houston to Seattle via United Airlines, and rented a car in the airport.  Along the way to Wenatchee, we bought some groceries at a Safeway to have breakfast for the next day at the cottage we rented in Wenatchee.  The drive from Seattle to Wenatchee is about a 2.5-hour drive (not counting stops).

The rental cottage in Wenatchee had all the essentials; a kitchen to cook, a washer and dryer to wash clothes, free wi-fi, board games, and a TV with other apps to keep the kids entertained while my husband and I both worked remotely during business hours.  In the evenings, after work, we went out to venture and explore the area. The best part of the place we rented, was the amazing view of the Wenatchee Valley.

While staying at Wenatchee, we bought groceries, cooked breakfast and lunch at the rental place, and ate dinner somewhere in town each day.  The first few days, we took a stroll along the Columbia River and explored downtown Wenatchee.  A neat place to visit is the Pybus PublicMarket; it is basically a much smaller version of Pike Place Market in Seattle, but without the crowds. Here you can find organic fruits and vegetables, a local butchery and fishery, restaurants, and gift shops.

Take a few steps down the Market across the street to the Wenatchee River Front Park, where you will find a nice garden, sculptures, and the Apple Capital Loop Trail, after all, Wenatchee is known as the Apple Capital of the World. The trail is 22 miles long, it loops along the Columbia River, and you can walk-it or rent a bike to see it all.  Along the way, you can find parks, and spots to fish and have a picnic.  We walked a couple of miles to explore, and besides exploring the River Front Park, we took a walk down the Moorage to be closer to the river.

On another occasion, we walked towards the Wenatchee Hale Park to see the Old Bridge.  You can cross the Columbia River by foot or by bike through the old bridge, and get a glimpse of Wenatchee and the river from the top with some pretty amazing views of the river and the valley.

Towards the end of the week, we visited the Ohme Gardens and the town of Cashmere on different days.  The Ohme Gardens are a beautiful hidden gem at the top of a hill with amazing panoramic views of the Wenatchee valley.  This place is basically a humanmade forest, resembling a set for the movie E.T. The owners of the gardens transplanted evergreens and boulders from the Cascade Mountains, and built paths to resemble hiking trails and an alpine paradise. This mini-forest is perfect for families with kids, the forest is big enough for a fun exploring.  Our kids hiked the trails happily motivated by a scavenger hunt as they ventured around the forest with a map, looking for gnomes and fairies (ask for a map at the front desk). You can also borrow hiking sticks at the front desk.

The other town we visited towards the end of the week was Cashmere. It is a town along the Wenatchee River, about 20 min NW of Wenatchee.  Besides walking along the charming and historical downtown, we visited the Cashmere Museum and Pioneer Village.  The museum has a pretty good collection of Native American objects and artifacts used by the local tribes, and provides information about the Native American tribes in the area, including the Wenatchi.  The museum was pretty educational and eye opening for the kids, specially after learning the peaceful Wenatchi tribe were removed from their land by white settlers, were rounded up by the government, and forced to live in existing Indian reservations.  There is a documented story in the museum about a Chief who died from sadness after fighting for his people, and their land was taken away.  Sad, but true, so much pain has been inflicted on our Native American brothers and sisters!

As the kids were pondering on the pictures of some of the tribe members, they mentioned the elderly women reminded them of Mama Susana (their Great-Great Grandma who died at the age of 109), and who was an indigenous Native American of Mexico from the region of Matehuala, in San Luis Potosi (not sure if she was part of the negritos or huachiciles (wachichile) tribes, but her birth registration indicated she was indigenous).  Yes, we do have indigenous Native American blood too, and we are very proud of this heritage!

After going through the Native American section, take the stairs down to the bottom floor to see the 2nd part of the exhibit comprised of settler objects and memorabilia.  When exiting the bottom floor, you will see the Pioneer Village.  The pioneer village is comprised of 20 original structures that take you back in time to the way of living of the first pioneer-settlers.  Amongst the structures, one can see a school, a doctor’s office, a general store, a saloon, a mission church, and family cabins.


While in Cashmere, we also visited the Apple Annie Antique Gallery, home to one of the largest collections of antiques and collectibles in the West, and we went to the Cashmere Riverside Park next to the Wenatchee River.  You can basically walk around the town exploring the streets, mainly Cottage and Mission Avenues.


On our last day at Wenatchee, we went to the Wenatchee RiverCounty Park to have a picnic and to see if maybe we could get in the river, however, the water was too low, and not too good for swimming.  As we drove by, I couldn’t help to notice the Migrant Worker Camp in the park.  The camp has tents, public restrooms, and bathrooms for the migrant workers of the area.  This scene took me to my childhood days, when we used to stay in similar migrant worker campgrounds in Yakima, Washington to work for local cherry farmers. Definitely, the economy of the apple picking valley would not survive without the hard-working hands of migrant workers in the area.  I noticed some migrant workers have assimilated well into the local culture, and are now permanently residing in the small towns in the area, with some being business owners, and others working in restaurants, grocery stores, retail, etc.

The south part of downtown Wenatchee (old part of town), has local Mexican and Central American stores and restaurants.  Since there is a significant population of migrant workers from Oaxaca, I noticed a few Oaxacan restaurants in the area.  After asking around for a recommended place, we crossed the bridge to go to the East side of Wenatchee to eat at the Fonda Oaxaqueña.  Locals also recommended Caadxi Oaxaca, and other restaurants with Oaxacan food, but we did not have time to visit each.  I wish we did!   We decided to eat at Fonda Oaxaqueña, a small restaurant on the East side.  We opted for this choice since we needed to buy a few more groceries nearby. I ordered the tlayuda, and my husband ordered mole with chicken.  The tlayuda was pretty big, enough for 4 people.  It is basically like a medium size pizza, but the bread is a big corn tortilla or flat corn tostada.  The tortilla is toasted over the grill, and it is usually made out of blue corn.  A black bean paste is spread over the tostada, and then other food ingredients are added, such as meat, tomatoes, oaxacan string cheese, lettuce, etc.  Top it with lime, and salsa, and your mouth will start watering! Ay! The food was actually pretty good, it tasted pretty authentic, almost like the food in Oaxaca (almost).  The service was great, and the waitresses were nice and friendly.

On our last evening in Wenatchee, we spent time driving around some roads with apple, cherry, and pear orchards to see the valley and the views from the top of the hills.  It was beautiful to see the contrasting colors of the green orchards on top of golden valleys.  We also spent time watching the sunset in the park near the Old Wenatchee Bridge.

As the sun was setting, I thought about the history of the area, the way of life of the local peaceful tribes living near the edges of the rivers, the pioneers settling and displacing the natives from their land, and how this area evolved into the apple capital of the world, thanks to the local farmers, the sustaining water of the Wenatchee and Columbia rivers, and the hard-working migrants from Mexico and Central America.  The irony here is, the Native Americans might have been driven away from their lands, but now the local economy depends on Native Americans from other lands to pick the fruit that makes it to your kitchen.

The next morning, after checking out from our rental place, which had a beautiful view of the Wenatchee valley, we drove to the Bavarian town of Leavenworth, to start the 2nd part of our journey.

Stay tuned for the 2nd part of this journey…. 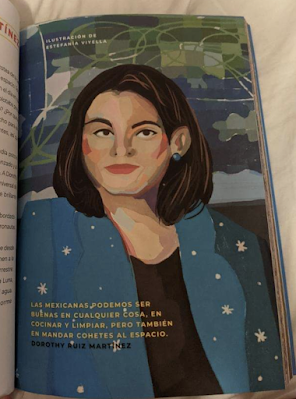